FCB is part of a unique project: Helt Spårat / Ängöl

Helt Spårat / Ängöl is a unique project where FCB together with several actors have gathered and studied the process for beer production and documented it with the help of blockchain technology. The project includes the Ängöl brewery, the Brewmaster malting plant, the Skira digital trading platform and IBM. The beer contains only Swedish-grown and organic ingredients. The malt grain has been supplied by Wilhelm Aschan, Ullälva farm outside Linköping and the hops are from Henrik Jönsson Korngården. The processes of farming, brewing and malting can be found within one radius of 180 km, so the beer is also considered locally produced.

– For us, Helt Spårat / Ängöl is the first product on the market in a hopefully long line and we have more launches in the pipeline. We are currently developing the system intensively and expect to announce more news soon, says Cecilia Ryegård, Foodchain by Blockchain.

In Helt Spårat / Ängöl, the entire production process has been monitored and documented and the consumer who finally holds the bottle in their hand can take part of its entire history from beginning to end.

– Traceability, transparency and “Storytelling” are on everyone’s lips in all industries, but perhaps above all in food production. The blockchain offers completely new opportunities in the area, says Cecilia Ryegård.

For beer fans, Ängöl is a well-known Swedish brand. Ängöl also recognize the many advantages of blockchain technology:

– We have wanted to produce a beer that is completely traceable for a long time now. We have interested and dedicated customers who want to know the whole story behind the product. We can now, as the first brewery in Sweden, and perhaps in the world, deliver just that through this project. It feels great and is a probable game changer on the market, where more people will surely follow, says Johan Håkansson, CEO and founder of Ängöls Bryggeri. 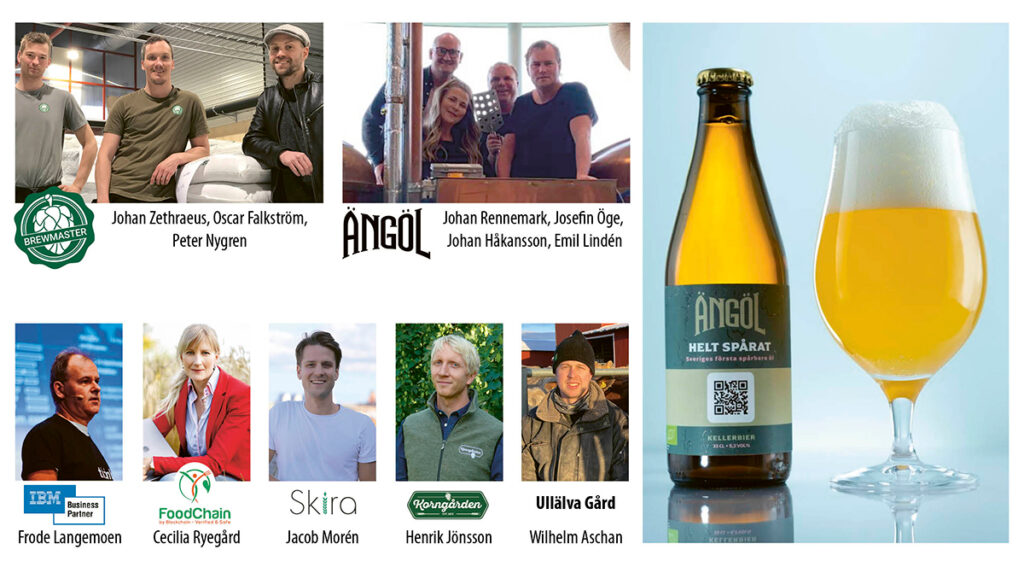